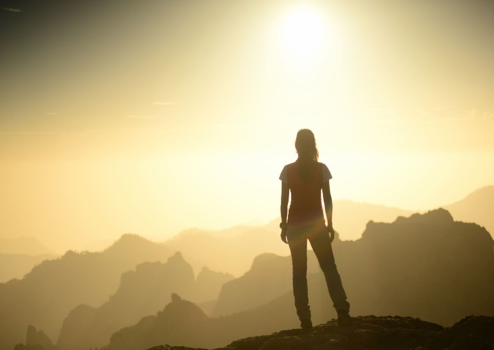 “The question isn’t who is going to let me;

It’s who is going to stop me.” —Ayn Rand

In the 2017 HBR paper by Ron Carucci, which examines executive failure at the top, his research shows that 38% of executives said they didn’t expect the loneliness and isolation that accompanied their jobs, and 54% said they felt they were being held accountable for problems outside their control.

He noted that while some executives thrive on the challenges, many simply collapse under the emotional toll it takes. It’s no surprise that mental and physical stress-related illnesses are high among senior executives in their mid-forties, not to ignore some recent incidents of CEOs in late thirties as well, who lost the race with stress at work. The question he raises and rightly so is “did the executives prepare well to take on the challenges that came along with the added responsibilities in the new promotion or the new job?” This is an important consideration to reflect on at a personal level.

It will be only fair to compare this scenario to the climb to Everest. Every camp becomes harder to get to; especially Camp 4 as the summit can be treacherous. The Mount Everest guide says: “The Death Zone above Camp 4 has taken the lives of many strong and skilled climbers. That implies that it requires intensive training … you will certainly notice that Everest lives up to its fearful reputation should the conditions turn against you. By then though, it might simply be too late if you are not well prepared”. In the same way, executives must use every step in their career ladder to sharpen their skills for the road ahead, which will enable them to successfully take on additional responsibilities or a new role.

However the million dollar question remains – is just the sharpening of skills adequate for the executives to be well prepared for challenges in the increasingly uncertain business climate the world has been witnessing for the past decade. What is the missing ingredient in the recipe for success? The answer has always been staring in our face. Everyone who has crossed success milestones has this to say – find and connect with your sense of purpose. When we hear that for the ninety-ninth time in the year, it is understandable that we brush it away thinking, it’s probably made up by some jingo group selling cliched wares of elusive peace with ourselves. Well the truth is that we allow our regular priorities chew away on all of our mind space till we don’t have much energy or time left to absorb the import of what is required to place a firm footing in the slippery rung of our career ladder.

Stay with me for another minute on this. So, what do we do with a sense of purpose? Even if we sceptically enough believe in the fact that we need to find a purpose, what’s next ? Luckily we don’t have to do worry too much on that. The deeper we connect with our personal sense of purpose, we awaken our inner calling, what I have referred to as the “True North” in my book Breakthrough.

The True North helps us to reset our compass and puts us in auto cruise mode. Passion takes over naturally from our very core since we will be playing in our groove and we connect with our work at a new level altogether. The caution is that it can throw us slightly off gear for a bit as we may have to realign our work to the new reality.  But it’s totally worth the effort. I can throw in numerous success stories and case studies at this point to provide comfort but the truth of the matter is that successful athletes, executives and homemakers returning to work have admitted that once they discovered their sense of purpose, it just threw the fuzziness out of the window of their minds and the road ahead was the speed highway they never expected to experience. The sheer passion became their fuel to success and they were unstoppable!

A recent US Gallup study showed that less than one-third (31.5 percent) employees were engaged in their jobs. A majority of employees (51 percent) were “not engaged,” and 17.5 percent were “actively disengaged”—for a whopping total of 68.5 percent. When asked in a focus group what would get them more engaged at work, most had to say “The mission or purpose of my company makes me feel my job is important.” In another study, the executives said that “if it’s nebulous or I do not connect to the purpose of my company, I do not see the job more than a vehicle to get my paycheque.” Having an alignment on purpose for maximum results is not an imperative only for the employee but also the discerning employer as well. It’s a clear win-win situation.

In words of Marc Freedman, founder and CEO of Encore, passion laced with a sense of purpose drives a paycheque which is extremely fulfilling. As I met many CEOs and start-up heroes, I realised that the theory is absolutely worth a revisit to convert it into a simple algorithm which even the young executives looking for meaning in their careers can leverage. We spoke about purpose and passion – but there is a third very important element and that’s the paycheque. One may question that isn’t that the output? I would argue differently. A paycheque earned with the “make a living” mindset can be addictive and therefore tricky in the long run. Most people do not realise this, but the lure of the monthly salary coupled with the pulls of life’s expenses is too hard to withdraw from and the more experienced you get in your life stage, harder it is to pull away from it. I am not professing that the paycheque is not important, it absolutely is – but if we couple our income to the other two Ps – passion and purpose – things change dramatically. The same paycheque not only becomes far more fulfilling but it puts us in a position of control from where multiplying the size of wallet is in our hands. There are not one but numerous examples of people around us. I am not referring to celebrities but people from common walk of life we knew as our batchmates or far acquaintances who have done exactly this – think! Let us call this ‘purposeful’ paycheque, the third P.

After all people do reach the Everest peak even as they go up from Camp 4, but they train hard, equip themselves well, and are driven with a missionary zeal. Careers are no different. The choice is ours, what we make of it. The 3Ps are our tools on our climb to the peak, as long we get the order of loading our backpack right for the career journey. Let us start with the first P. How do we discover our sense of purpose? That’s a really good question.

Allow me to requote…

who is going to let me [reach the peak];

It’s who is going to stop me.” 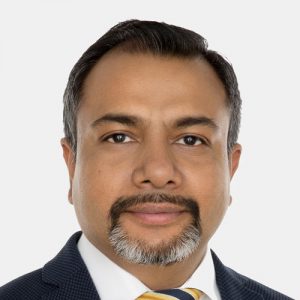 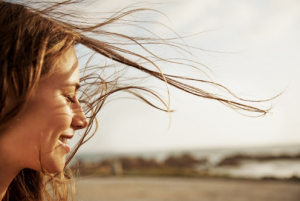